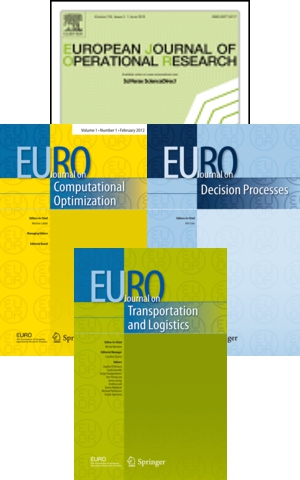 As declared by the EURO Council, the main purpose of the EWG’s is to encourage communication and research between small groups of members specialising in particular topics. The WG is open to people with different backgrounds (like industry, university, etc) and who are interested on OR methods and its application in Agriculture and Forest Management in order to exchange ideas, experiences and research results. In this context, we invite everyone interested in this topic to join us.

The group started in 2003 with approximately 40 members from different countries. The number has been increased since then and now we are more than 275. People belongs mainly to EU contries but we have also a significant representation from America and Asia. The full list of members is shown at the webpage of the group (

The fifth meeting of the WG was held in Bonn within EURO XXIII, july 2009. Furthermore we have also organised the EURO Summer Institute 2009 held in Lleida (Spain).

The sixth meeting of the WG was integrated within EURO XXIV in Lisbon, july 2010. We fail to celebrate a meeting in 2011, 2012 and 2013 but we succeded to organise a stream in the past EURO Conferences with very interesting contributions.

* The eighth meeting will be held in Glasgow (UK), 12-15 July 2014 during the 27th EURO Conference. Different sessions are proposed within the stream we are organising, see