The oldest and most common dig against organic agriculture is that it cannot feed the worldâ€™s citizens; this, however, is a supposition, not a fact. And industrial agriculture isnâ€™t working perfectly, either: the global food price index is at a record high, and our agricultural system is wreaking havoc with the health not only of humans but of the earth. There are around a billion undernourished people; we can also thank the current system for the billion who are overweight or obese.

via Huh. Sustainable Farming Can Feed the World? – NYTimes.com.

Nitrogen pollution from farms, vehicles, industry and waste treatment is costing the EU up to Â£280bn 320bn euros a year, a report says.

The study by 200 European experts says reactive nitrogen contributes to air pollution, fuels climate change and is estimated to shorten the life of the average resident by six months.

Livestock farming is one of the biggest causes of nitrogen pollution, it adds

via BBC News – Nitrogen pollution costs EU up to Â£280bn a year.

Mark Bittman on food and all things related.

The great American writer, thinker and farmer Wendell Berry recently said, â€œYou canâ€™t be a critic by simply being a griper . . . One has also to . . . search out the examples of good work.â€

Iâ€™ve griped for weeks, and no doubt Iâ€™ll get back to it, but there are bright spots on our food landscape, hopeful trends, even movements, of which we can be proud. Here are six examples.

1)Â  Not just awareness, but power | Everyone talks about food policy, but as advocates of change become more politically potent weâ€™re finally seeing more done about it.

2) Moving beyond greenwashing | Michelle Obamaâ€™s recent alliance with Wal-Mart made even more headlines than the retailerâ€™s plan to re-regionalize its food distribution network, which is if anything more significant.

3) Real food is spreading | There are now more than 6,000 farmers markets nationwide â€” about a 250 percent increase since 1994 (significant: there are half as many as there are domestic McDonaldâ€™s), and 900 of them are open during the winter.

4) Weâ€™re not just buying, weâ€™re growing | Urban agriculture is on the rise. If youâ€™re smirking, let me remind you that in 1943, 20 million households (three-fifths of the population at that point) grew more than 40 percent of all the vegetables we ate.

5)Â  Farming is becoming hip | The number of farms is at last increasing, although itâ€™s no secret that farmers are an endangered species: the average age of the principal operator on farms in the United States is 57.

6) Â The edible school lunch | The school lunch may have more potential positive influences than anything else, and weâ€™re beginning to see it realized.

via Some Good News About Food – NYTimes.com.

They key is the empowerment of local communities to take care of their Riparian habitats and to develop the capacity for local communities to exercise that power. It was important to identify and give voice to all stakeholders, espcially those that don’t have power, such as aboriginies. This sounded good territory for soft OR:Â Problem Structuring Methods, Soft Systems Methodology and Multi-Criteria Decision Making methods.

There are questions about some tools concerningÂ anthropocentrism and mechanistic additivity.Â  In the first case we neglect that species are worth conserving regardless of mankind’s value of them.Â  In the second case we can neglect the fact that viable ecosystems are worth more than the sum of their parts.

A fascinating challenge is that of applied multi-disciplinary science in an academic setting.Â  Can the centre both deliver sustainable change at a community level as well as generate high impact research hits, which are the standard measure of academic excellence.

The communication of scienceÂ will beÂ key to their success. Some scientists are good at this and should be encouraged, but on other occassions it takes someone else. An example of the resistance to anyting ‘not invented here’ crops up with each stakeholder requiring the same information, but presented in their own style, e.g. sheep farmers will not accept litreature prepared for dairy farmers.

I recently had call to put forward my views on interdisciplinarity and OR. My current funding comes from a programme that aims to create an interdisciplinary synthesis between natural and social scientists to solve problems relating to sustainable rural development.

I’d be interested if anyone else has formed opinions one way or another. It would be instructive to share them. email daniel

Recently I discovered that one OR professional did become an interdisciplinarian. He was Baron Solly Zuckerman, a South African, the chief scientific advisor to the British Government (1964 to 1971). One thing he did was to challenge the efficacy of monodisciplinary academia to serve policy. He is credited with introducing science into policy making in Western European Government see http://en.wikipedia.org/wiki/Solly_Zuckerman. Also see him mentioned as part of the early history of OR with respect to South Africa http://www.orssa.org.za/wiki/pmwiki.php?n=AboutTheSociety.EarlyHistory

As representatives of the world’s governments gather to address shortages in major foodstuffs and rising prices, Gonzalo Oviedo counsels them to focus on ecosystems. The modern business-dominated agricultural industry, he argues, promotes the degradation of nature – and that, in turn, means less and worse food. 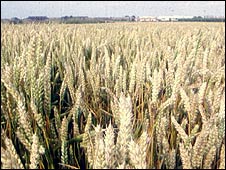 Deep in the Pembrokeshire national park, down long green lanes, Lawrenny Farm lies basking in the sun, amid sleepy fields.
It is a mixed farm, with 10,000 acres of dairy, beef and arable. Owen Lort-Phillips’ family has been farming here for 500 years and it looks and sounds like nothing has changed in half a millennium.

The rise in wheat prices has gladdened farmers’ hearts

But things are changing at Lawrenny. Owen has turned his mixed farm organic – a long and expensive process, even with massive EU subsidies, but the rewards are obvious.

The cost of food: Facts and figures

Explore the facts and figures behind the rising price of food across the globe.

Time to leave the comfort zone

There are precious few examples of cities that are attempting to reduce energy and resource consumption and improve the quality of life for their citizens, says Sir John Sorrell. But nothing is going to happen, he argues, until politicians accept that they have a mandate to make the tough choices needed.

Begging for more than small change

VIEWPOINT
Tom Crompton
Small changes to the way we live our lives are not enough to tackle the environmental challenges facing the planet, argues Tom Crompton. In this week’s Green Room, he says the stark reality is that the only option is to cut the unsustainable consumption of the Earth’s finite resources.